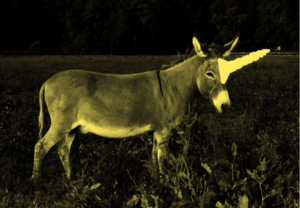 Régis Golay / FederalStudio
Show for young audiences aged 4 and above, created after a period of research with and on children

For this new solo the idea is to work on the notion of prohibition. Research focuses on the constructive part of disobedience and its creative potential. When confronted with prohibition, reactions are numerous. If initial reactions are often similar to primary emotions such as anger and sadness, the transformed, transcended energy can sometimes give rise to surprising reactions, often much better than the initial desire.

The willingness to work on these notions has been strengthened through contact with children, who sometimes display destructive (and at times inexplicable) energy, and who are sometimes too well behaved. We were also surprised to see how creativity is not necessarily innate, contrary to many preconceived ideas. One is not born creative, one becomes creative. Here, the notion of prohibition is therefore understood in a broad sense: prohibition that is formulated, unspoken rules, prohibition that comes from outside and that which children impose on themselves. Our research will focus on notions of perception, transformation and fiction. We assume that these three elements are essential for the development of creativity and that they enable us to constructively get rid of the disappointment relating to the impossibility or the prohibition of doing something.

Unlike Today, this solo seeks to address the explosion and externalisation of emotions and the mastery of impulses. It is a solo that strives to find the impossible balance between defying prohibition, deconstructing, destroying, overturning and breaking, and the admission of a creative act, the joy of living and the explosion of happiness.

The work Je me sens minuscule au pied de l’Himalaya will be the result of extensive research with and on children between the ages of four and eight.

Led by Laurence Yadi, in collaboration with Nicolas Cantillon, the lab addresses notions of perception, transformation and fiction with children, in preparation for the creation of a show on the theme of prohibition.

A series of twelve weeks of workshops is scheduled for the 2020-2021 season. They will be carried out in partnership with the “Ecole & Culture”service of the Department of Public Instruction (DIP) in Geneva and with the Centre Chorégraphique National de Grenoble (CCN2). A total of 12 classes will be concerned with the project, i.e. around 240 pupils spread between Geneva, Annemasse and Grenoble.