Since the creation of Compagnie 7273 (2003), Laurence Yadi and Nicolas Cantillon have developed a dance style that invites the body to continuously and endlessly unravel. Their research is inspired by the specific Arabic music system of Maqâm. Each maqâm describes a “tonal-spatial factor” or a set of musical notes and the relationship between them. It allows the musician to play in-between the notes and gives him the opportunity to express himself. Named Multi styles FuittFuitt by the choreographers themselves, the transfer of this technique into the body ables the movements to weave into each other in a wavy, spiraled and hypnotic dance. 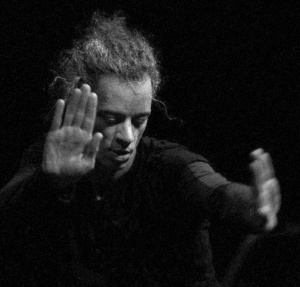 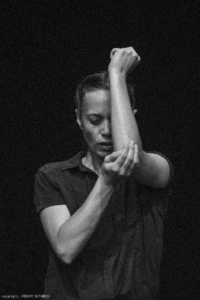 Through their career, Laurence Yadi and Nicolas Cantillon created about 20 pieces: from silent ones to dansed-concerts, from duets to group pieces, all of which they toured internationally (Africa, Asia, United-states, Europe, Middle-East, North Africa and Russia). The choreographers regularly give sessions of workshops in Switzerland and abroad. They are also invited to teach the Multi styles Fuittfuitt to young dancers in professionnal training. In 2014, they published a book, diary for some or guide on the practice of the Multi styles Fuittfuitt for others, the ways to approach it are endless. Laurence Yadi and Nicolas Cantillon won several awards: the Swiss Prize for Dance and Choreography, and the Fondation Liechti for the Arts’.

« Tarab » expresses the groove of the Middle East in Arabic. It is obtained through the execution of the Maqam, a musical system bound to the Muslim religion, known from China to the Maghreb. Each individual country or region has a unique manner to play the Maqam. 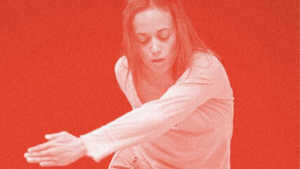 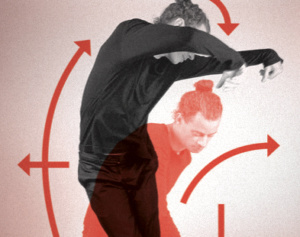 Each maqam describes “tonal-spatial factor” or set of musical notes and the relationships between them. It allows the musician to play in-between the notes and gives him the opportunity to express himself. To find an original way of playing the Maqam requests both rigor and imagination. The transfer of this technique to the body is at the origin of Laurence Yadi and Nicolas Cantillon’s choreographic research since 2003. It is what they call the Multi styles FuittFuitt. 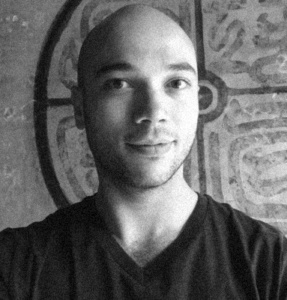 Gold medalist at the CNR of the island of La Reunion, Luc completed his training at Lyons Conservatory where he graduated from DNESC in 2004. From 2004 to 2010, he was a dancer with the Ballet du Grand Théâtre de Genève and collaborated with renowned choreographers. After a year of intensive kungfu training in Beijing,  he joined Compagnie 7273 in October 2011 for the takeover of Nil. In July 2012, he also incorporated Kelemenis & cie. In 2013, he participated in the creation of Tarab. 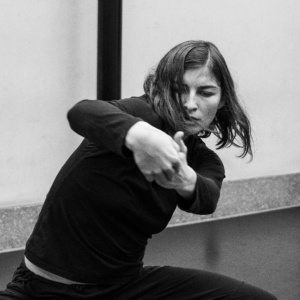 Rosanne trained in contemporary classical dance and jazz at the Conservatoire de Rouen. From 2012 to 2015, she completed her training at the Geneva Junior Ballet. In 2015, she co-founded Junebug Company, she choreographed in collaboration and presented her work in Switzerland and abroad (Two Blue, 2015 / Wicca, 2017 …). Rosanne participated in the recreation of Cheer Leader of Karim Bel Kacem and Maud Blandel at l’Arsenic in Lausanne. She danced in L’histoire du Soldat by Benjamin Knobil at Château Chillon in France. She joined the Compagnie 7273 for a takeover of Tarab in December 2017. NUIT is her first creation with the Compagnie 7273. 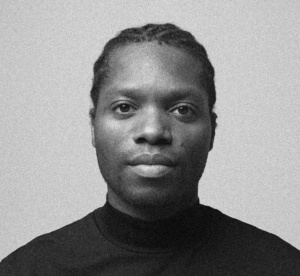 Otis Cameron trained in Music and Dance at the BRIT School for Performing Arts and Technology later going onto N.S.C.D from 2005-06, graduating from Central School of Ballet in 2008. Professional engagements include Red Tape Dance Company, ACE Dance and Music or Rambert Dance Company. Otis-Cameron also took part in Matthew Bourne’s Swan lake national and International tour and Goshka Macuga’s End of Line creation at the Lowry Gallery. Since 2016, he has been regularly collaborating with the Royal Opera House (Covent Garden) and the Glyndebourne Opera. Otis-Cameron has been a Technique Lecturer at Trinity Laban Conservatoire for Music and Dance in London for the 2019-20 academic year teaching Ballet, Cunningham and Dynamic Release classes. He joined Compagnie 7273 in 2015 for the tour of Tarab. He participated one the creation of Ever in 2021. 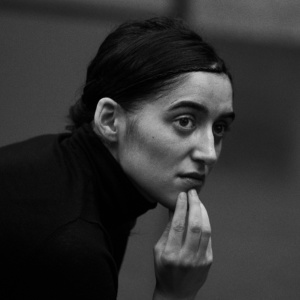 Ana Isabel graduated from Lisbon High School of Dance in 2015. In 2014, she studied a year at MUK-Music and Arts Private University of Vienna, where she had the opportunity to work with choreographers like Esther Balfe, Saju Hari and Georg Blaschke. In 2017, she joined FAICC-advanced training in performance and choreographic creation at the Companhia Instável in Porto and she also presented her first creation Marengo at the municipal theater of Campo Alegre. Isabel met Laurence and Nicolas when she was intern during a creation that they are invited to produce for Companhia Instável in Porto in 2017. NUIT is her first creation with Compagnie 7273. She took part in the creation of Ever in 2021. 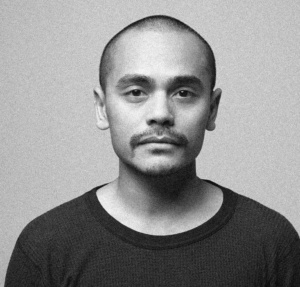 After graduating from Codarts/Rotterdam Dance Academy, Ryan  was in demand as a dancer and worked with different choreographers including Itzik Galili, Liat Waysbort, Erik Kaiel, Keren Levi, Ugo Dehaes, Itamar Serussi and Tabea Martin. Since 2013, he developed himself as a choreographer at Korzo, Scapino Ballet Rotterdam, Konzert Theater Bern and Conny Janssen Danst. He has won several awards including the Nieuwe Makersregeling from the Fonds Podiumkunsten, in 2018. Ryan still performs, as a dancer, pieces by Compagnie 7273. He started in 2013 with  Tarab and participated in the latest creation, Ever, en 2021. 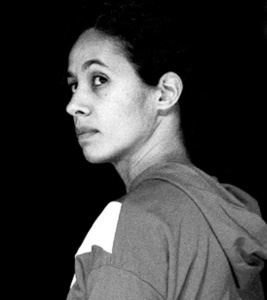 Karima started dancing aged ten at La Manufacture Vendetta Mathea. She then graduated from the Paris Conservatoire. In 2011, she moved to London to work for Hofesh Shechter and joined the company Clod Ensemble. She is currently working for Christoph Winkler in Berlin, Company Icosaèdre in Reims, Clod Ensemble in London and Compagnie 7273 (Tarab and Shooting Stars). She is also a certified ashtanga yoga teacher. 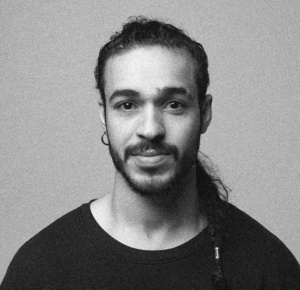 Faissal started hiphop dance in 2012 with his friends. He self-taught himself for five years before joining the Espace Darja in Casablanca where he discovered contemporary dance and started attending classes and workshops. Since then, he has been participating to several dance courses and started collaborating with Company Col’jam in Morocco, Nacera Belaza et Meryem Jazouli. Meanwhile, he keeps attending to several dance battles and wins the experimental battle in Casablanca and  the all-style category in Toulouse CCDN where he started training as a professional contemporary dancer. He also tours with his own work Dans ma chambre. Ever is his first collaboration with Company 7273. 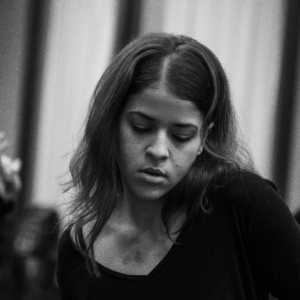 Soraya began her training in contemporary dance at CFP Arts Appliqués in Geneva, Switzerland where she participated as an apprentice in the creation of Tarab in 2013 and graduated in 2014. Then, she, joined the second year of SEAD Salzburg’s Experimental Academy of Dance where she danced the productions of Eduardo Torroja,  Ultima Vez, Anton Lachky, Sita Ostheimer, Sade and Kristina Alleyne, Theo Clinkard, Jozef Frucek and Linda Kapetanea, among others. After being graduated in July 2017, she became a certified Hata Yoga teacher. Soraya works for Archipelago (Vienna), Humanhood (Birmingham) and Compagnie 7273 (Geneva). 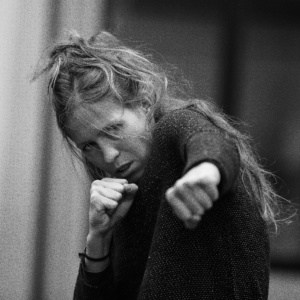 Victoria graduated from N.S.C.D in 2008 and in 2012 received her Masters through LCDS. During this time, she collaborated and worked for choreographers such as Hofesh Shechter, BalletLORENT, Barebones, Robert Clark and Riccardo Buscarini. Currently, Victoria is studying Osteopathy in London whilst working in Switzerland with Alias Compagnie and Compagnie 7273. She participated in the creation of Tarab and NUIT. 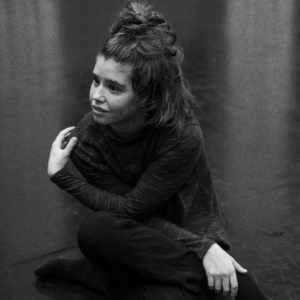 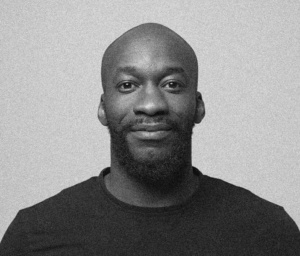 Alix took his first steps in urban dance at the age of 13. In 2003, he discovered Krump, an exhilarating and liberating dance born in Los Angeles in the early 2000s. The following year, he founded with his three partners the group Les Warriorz, which made them the founders of the Krump movement in Switzerland. Alix takes part in many competitions where he wins several prizes (twice winner of the European Krump Championship in Germany, three times winner at the AOD Battle in Lyon, etc.) In 2006, he organizes the “Warriorz Krump Game International” in Geneva, which is now in its ninth edition and brings together dancers from around the world. In 2014, a trip to New York made him discover Hustle dance, which he literally fell in love with and which he decided to promote in Switzerland. In 2015, he co-founded the Dream’s Factory association with the aim of promoting culture and facilitating social cohesion. He travels throughout Switzerland and the world to give courses and pass on his knowledge. Ever is his first collaboration with Compagnie 7273.

Margaux is a dancer and cultural mediator. She graduated from the Perpignan Conservatoire in contemporary dance (France) and completed her training at the Ballet Junior in Geneva (Switzerland). Following her training, she worked as an intern with Gilles Jobin company and with La Ribot. In 2012, she joined the Compagnie 7273 for a revival of Nil. She participated in the creation of Tarab, Nuit and 3. Recently, Margaux has been collaborating with the collective Woman’s Move/Iona D’Annunzio and Elsa Couvreur, the company Agneta&Cie/Sarah Waelchli, Perrine Valli, Yasmine Hugonnet and Mark Lorimer. In parallel, she has been training in cultural mediation. She obtained her Certificate of Advanced Studies in Cultural Mediation in February 2022. 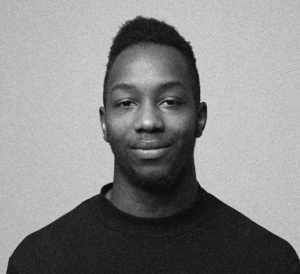 Benjamin started Hip-Hop dancing at the age of 16, in 2008. Four years later, he discovered the world of the stage and participated in his first contemporary dance residency with choreographer Célia Thomas. A second choreographic residency for a revival of the neo-classical ballet Romeo and Juliet with Mallandain Ballet Biarritz follows in 2013. It is the following year that Benjamin truly begins his career as a professional dancer. He joined the Agarra company following a creation project for young dancers choreographed by Olivier Lefrançois. He then became a member of the companies Resulto (Obsessions, 2016), Racines (Marionnettes) and Urbaine. With the latter, he participated in the creation of ZUP (2017), a piece mixing the disciplines of dance, skateboarding, rollerblading, BMX and parkour. He is currently a member of the company Caractère in Geneva. Benjamin collaborates for the first time with Compagnie 7273 for the creation of Ever. 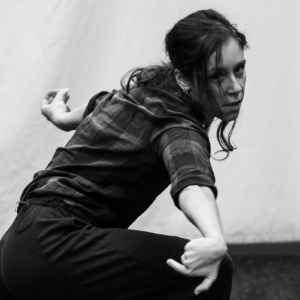 Melissa graduated from the Northern School of Contemporary Dance in 2011. In 2012, she collaborated with Akram Khan Company for the Opening Ceremony of the London Olympics. In 2013, she moved to Istanbul where she was hired by the modern national contemporary dance company Dans Toplu?u Istanbul. During this period, she notably performed works by Andonis Foniadakis, Annabelle Lopez Ochoa, Barak Marshall, Itzik Galili, Ihsan Rüstem, Bruno Caverna and Beyhan Murphy. 2017 is the beginning of his own choreographic work with dancer Evrim Akyay. Two creations are presented as part of the Moving Visegrad Festival that same year. Melissa is regularly invited as a teacher in Italy, England and Turkey. At the same time, she works with Aakash Odedra Company. She took part in Tarab tour  in 2017.  NUIT was her first creation with Compagnie 7273.