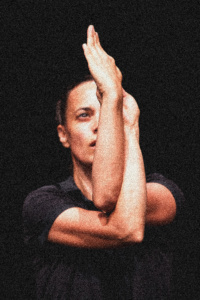 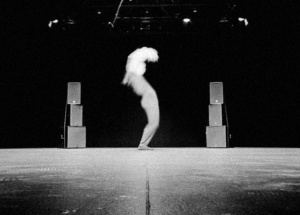 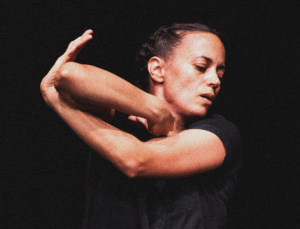 For the first time since the creation of Compagnie 7273, the dancer and choreographer Laurence Yadi evolves alone on stage. With her personal history and her magnetic presence, she invites us to join her in a world which will retranscribe feelings kept secret.

For this new creation, the choreographers wish to bring into existence two extremely interlinked dimensions of the body: the dimension of the body-object and that of bodysubject.

To dance is to make the body a medium of communication; is to choose it as a human and vibrant matter, a body simultaneously psychologic and organic. Each movement plays its role of live and pulsing where tensions and shades circulate, turning the body into a true melodic chanting. The body is a symbolic force that testifies. It becomes a “political body” and a “geo-artistic” body.

With this creation, Laurence Yadi and Nicolas Cantillon keep digging deep into a process they have been developing since ten years now: betting on a continuous movement fuelled by a desire to flirt with infinity and adjust, sculpt the body of the performer in a trance that reveals both its intimacy and universality.

For almost twenty years, the choreographers have been travelling the world in a quest to find the essential movement; one which tells a story, transforms itself through the outside eye and transcends reality. Never trying to import the western body technique to a new place, they make new contemporary forms of the traditional movement appear. It is mainly in the Middle East that Laurence and Nicolas drew fundamentals of their dance: the Multi styles FuittFuitt.

This dance is a battle in its own way: a sort of claim for a liquid body that is able to express some kind of critical awareness. The only guideline for the performer is to respect the instructions of the choreographers: to bend and never break.